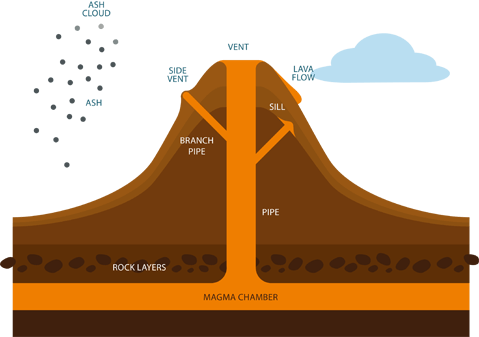 A volcano is an opening on the surface of the earth. Mostly in the form of a high mountains / hills. These arise over time through many volcano eruptions where lava exits the volcano and cools down. The name “Volcano” comes from the island Sicily in Italy. On this island happen a lot of volcano eruption so the population living there gave the island the name volcano, because of the fire god “Vulcanus”.

Long time ago no one knew why volcanoes originated only in certain places and at others not at all. In the year 1912 a German scientist named Alfred Wegener developed a theory that later became true. His theory said that the earth crust is not one complete piece, but consist of several continental plates. These plates are not fixed anchored but are moving every year a few centimetres. This process of the moving plates is called plate tectonics. At these areas where the earth plates drift apart (convergent plate boundary), collide (convergent boundary) or drift past each other (conservative plate boundary) arise volcanoes.

HOW DO VOLCANOES FORM?

The reason for the moving earth plates is because only the outmost layer of the earth is solid. Underneath there is semifluid material on which the earth plates float like a boat. Radioactive elements fall into pieces in the earth core and by that semifluid material rises through heat until it reaches the mantle of the earth where it cools down and sinks back down to the earth core. This process is called the convection currents. These currents move the plates a few centimetres every year. Very interesting is also that the earth is the only planet in the solar system with moving continental plates.

So if these movements cause cracks or rifts, it can happen that liquid magma is thrown out. When it reaches the earth surface gases escape and it becomes lava. The temperature is about 500° to 1200° when it gets thrown out. After that it cools down. Through this cooling process huge hills are formed which we all know as volcanoes.

Structure of a volcano

On our earth there are more than 1900 active volcanoes. A volcano counts as active if there was a volcanic eruption within the last 10.000 to 20.000 years. If there wasn`t any activity the past 10.000 years a volcano is considered extinct. However, there is no 100% security for any further outbreak.

Here are the most active volcanoes around the globe. 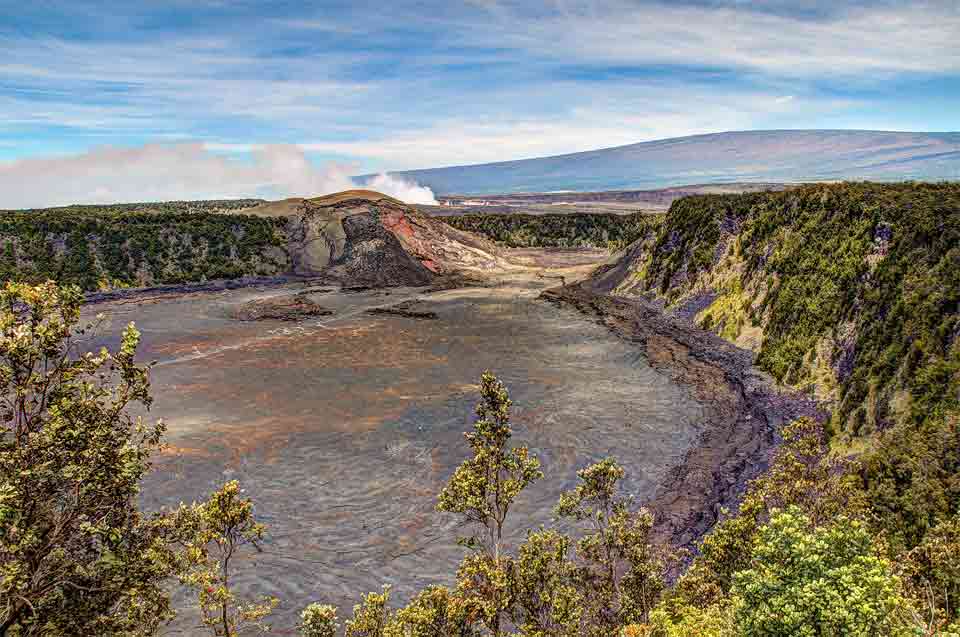 The Kilauea volcano is based on Hawaii (Big Island). Scientist appreciate that this volcano was arised 200.000 years ago. But he was visible many years later when he appeared above the water surface, about 50.000 years ago. He is nowadays the most active volcano on the planet and since 1983 permanently active. Despite his constant activity the Kilauea can be visited by tourists.

Mount Etna is Europe’s most active volcano. He`s located at the eastside of Sicily. No other volcano has such a large population density around. Through his constant activity, many people have constantly been exposed to many dangers like earthquakes, ash clouds or lava flows. In 2002 he caused major damage to the landscape and facilities around the province of Piano Provenzana. 2013 was he`s last big volcano eruption where he throwed lava over half a kilometer in the air. With a height of 3.323 m the volcano is also popular for many mountaineers. Mount Etna can be climbed by tourists but only in company with a mountain guide. Because of his height Mount Etna is also covered with snow. There are also two ski areas that allow a special kind of skiing experience, but hopefully without any volcano eruption 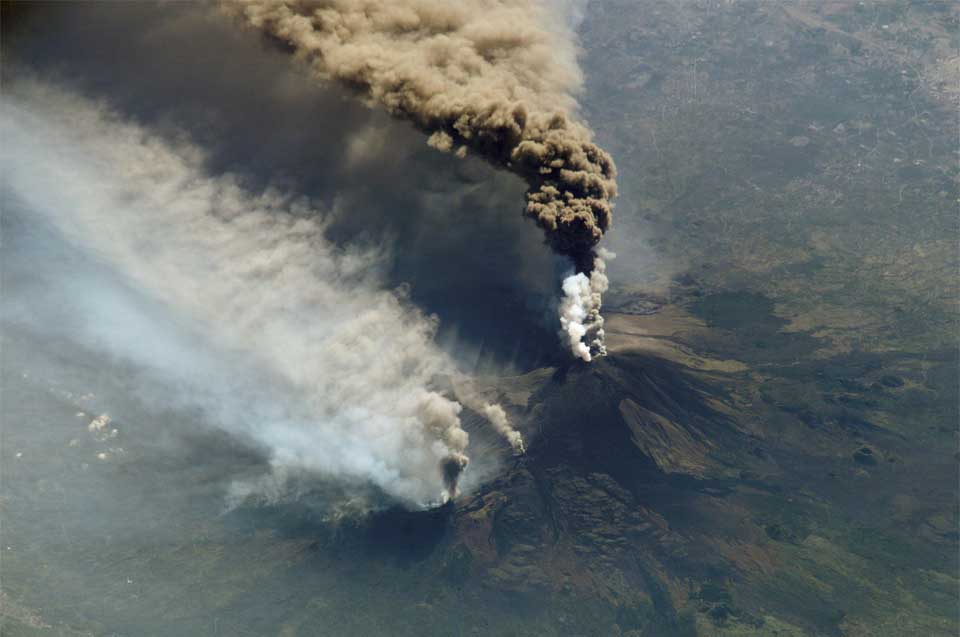 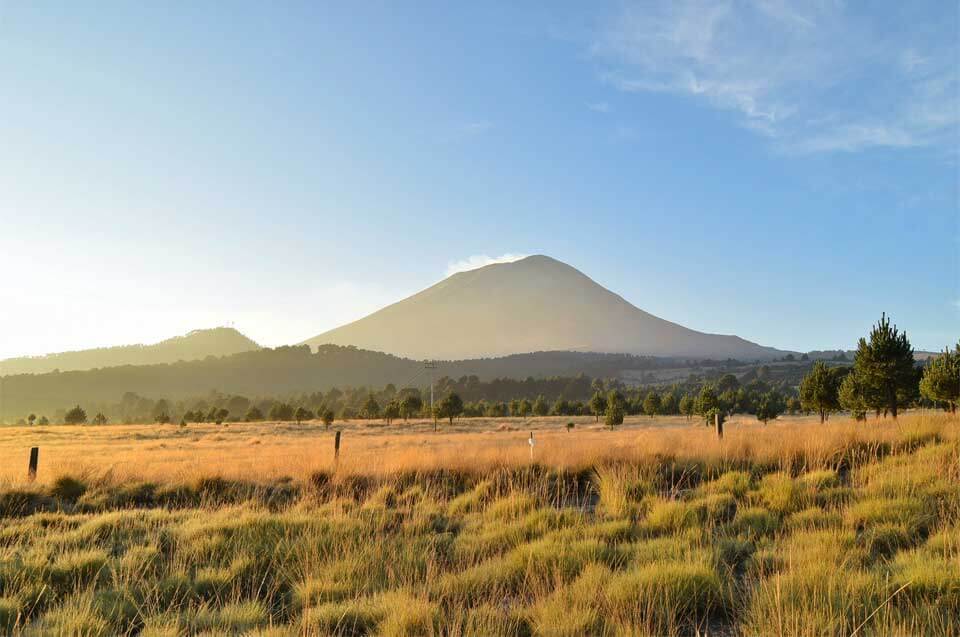 With an altitude of 5.462 meters the Popocatepetl is at the same time the second highest mountain of Mexico. There is also another volcano “Iztaccihuatl” which is known as Popocatepetl’s twin volcano but he is considered extinct. Mexico City is only 60 kilometres away from the volcano, and this often leads to problems. If there is a volcano eruption, depending on the strength, different sized ash clouds are formed. Through rain the ash covers the surrounding environment, this leads in glassy roads, clogged sewage system, closed airports and much more. Since 2000 there was again and again a volcano eruption, in fact in 2007, 2011, 2012, 2013, 2015 and 2016. His last outbreak was on the 19 of September 2017 with an ash cloud over a kilometre in the sky. Due to its many outbreaks in recent years, it is considered one of the most active volcanoes in the world.